PACCAR declared cash dividends of $2.32 per share during 2015, including a special dividend of $1.40 per share.  Total dividends were the highest in company history.  The regular quarterly dividend was increased by 9 percent in September 2015. Total dividends per share increased by 25 percent compared to the prior year.  PACCAR’s 2015 total dividends provide a yield of over 4 percent, which is in the top 100 companies in the S&P500.  PACCAR has paid a dividend every year since 1941.
PACCAR repurchased 3.85 million of its common shares for $201.6 million in 2015.  Under the current Board of Directors resolution authorizing $300 million of stock repurchases, PACCAR has repurchased 2.72 million shares for $136.3 million.  “PACCAR’s excellent net profits and strong cash flow make the company’s shares an attractive long-term investment.  The stock repurchase program reflects the Board’s confidence in PACCAR’s successful global business growth,” said Bob Christensen, PACCAR president and chief financial officer.

Highlights of PACCAR’s financial results during the fourth quarter of 2015 include:

Highlights of PACCAR’s financial results during 2015 include:

“Class 8 truck industry retail sales in the U.S. and Canada were a robust 278,000 units in 2015, compared to the 250,000 vehicles sold in 2014,” said Gary Moore, PACCAR executive vice president.  “Truck demand is being driven by good economic growth, strong freight tonnage and lower fuel prices.  In 2015, PACCAR achieved a Class 8 retail market share in the U.S. and Canada of 27.4 percent as customers benefited from Kenworth and Peterbilt vehicles’ excellent fuel efficiency and outstanding performance.  Estimates for U.S. and Canada Class 8 truck industry retail sales are for another good year in 2016 with sales in the range of 230,000-260,000 units, driven by ongoing economic growth and customers’ focus on achieving enhanced operating efficiency with new Peterbilt and Kenworth trucks,” added Moore.

DAF has been the overall market share leader in the United Kingdom for 20 consecutive years.  “Our customers recognize DAF’s quality leadership, low operating costs and superior driver comfort,” said Harrie Schippers, DAF president.  “Industry truck sales above 16-tonnes in Europe were a strong 269,000 units in 2015 and DAF’s market share increased to 14.6 percent, compared to 13.8 percent last year.  It is estimated that European truck industry sales in the above 16-tonne market in 2016 will be in the range of 260,000-290,000 vehicles.”

“PACCAR’s aftermarket parts business achieved annual revenues of $3.06 billion and record pretax profit of $555.6 million in 2015,” said David Danforth, PACCAR Parts general manager and PACCAR vice president.  “The growth in PACCAR’s aftermarket parts business has been driven by investments in distribution, technology and products.  High fleet utilization and a growing population of PACCAR trucks and engines in operation contributed to excellent parts and service business.  PACCAR Parts’ global TRP brand, targeted at all makes and models of trucks, trailers and buses, has contributed to increased parts business at our dealerships.”

DAF produced its 400,000th truck at its Leyland, U.K. assembly facility in November 2015.  The Leyland facility was opened in 1980 and manufactures premium-quality DAF XF, CF and LF trucks for the U.K., European and export markets. The milestone vehicle was a fuel-efficient DAF XF powered by a PACCAR MX-13 engine.  “The production and delivery of our 400,000th truck highlights another outstanding year for Leyland.  Leyland employees deliver the highest quality vehicles in the industry to our customers,” said Bryan Sitko, Leyland managing director.

PACCAR is an environmental leader with its energy-efficient vehicles and manufacturing facilities.  PACCAR joined the CDP (formerly known as the Carbon Disclosure Project) in 2014.  The CDP’s climate change program provides annual reports on companies’ progress in the development of energy-efficient operations and environmentally friendly products and services that protect and preserve the environment.  PACCAR earned a disclosure score of 97 (out of 100) and a performance score of A- in 2015, placing it in the top 5 percent of globally reporting companies.  “This is an excellent result and reflects PACCAR’s commitment to environmental leadership,” commented Carole Robbins, PACCAR environmental manager.

PACCAR’s exceptional long-term profits, strong balance sheet, and intense focus on quality, technology and productivity have enabled the company to invest $6.0 billion in world-class facilities, innovative products and new technologies during the past decade.  “Capital of $308.4 million and R&D expenses of $239.8 million were invested in new products and enhanced manufacturing facilities in 2015,” said George West, PACCAR vice president.  In 2016, capital expenditures of $325-$375 million are targeted for enhanced aftermarket support, manufacturing facilities and new product development.  Research and development expenses are estimated at $240-$270 million in 2016.

PACCAR Financial Services (PFS) has a portfolio of 175,000 trucks and trailers, with total assets of $12.25 billion.  PacLease, a major full-service truck leasing company in North America and Europe with a fleet of over 39,000 vehicles, is included in this segment.  “Excellent portfolio performance contributed to strong PFS results in 2015,” said Bob Bengston, PACCAR senior vice president.  PFS achieved fourth quarter 2015 pretax income of $89.9 million compared to $96.3 million earned in the fourth quarter of 2014.  Fourth quarter 2015 revenues were $292.8 million compared to $302.0 million in the same quarter of 2014.  PFS earned $362.6 million of pretax profit in 2015 compared to $370.4 million in 2014, and full year revenues were $1.17 billion compared to $1.20 billion for the same period a year ago.   “PACCAR’s strong balance sheet, complemented by its A+/A1 credit ratings, enables PFS to offer competitive retail financing to Kenworth, Peterbilt and DAF dealers and customers in 22 countries on four continents,” said Todd Hubbard, PACCAR Financial Corp. president.  PACCAR Financial Services has excellent access to the debt markets, issuing $1.92 billion in three-, four- and five-year term notes during 2015.

DAF is cooperating with the European Commission and is preparing its response to the Statement of Objections issued in November 2014.  The Statement expressed the Commission’s preliminary view that all major European medium- and heavy-duty truck manufacturers had participated in anticompetitive practices in the European Union.  The Commission indicated that it will seek to impose significant fines on the manufacturers.  The Commission will review the manufacturers’ responses before issuing a decision.  Any decision would be subject to appeal.  The company is unable to estimate the potential fine at this time.

PACCAR is a global technology leader in the design, manufacture and customer support of high-quality light-, medium- and heavy-duty trucks under the Kenworth, Peterbilt and DAF nameplates.  PACCAR also designs and manufactures advanced diesel engines, provides financial services and information technology, and distributes truck parts related to its principal business.

PACCAR will hold a conference call with securities analysts to discuss fourth quarter earnings on January 29, 2016, at 9:00 a.m.  Pacific time.  Interested parties may listen to the call by selecting “Q4 Earnings Webcast” at PACCAR’s homepage.  The Webcast will be available on a recorded basis through February 5, 2016.  PACCAR shares are traded on the Nasdaq Global Select Market, symbol PCAR.  Its homepage is www.paccar.com.

This release contains “forward-looking statements” within the meaning of the Private Securities Litigation Reform Act.  These statements are based on management’s current expectations and are subject to uncertainty and changes in circumstances.  Actual results may differ materially from those included in these statements due to a variety of factors.  More information about these factors is contained in PACCAR’s filings with the Securities and Exchange Commission. 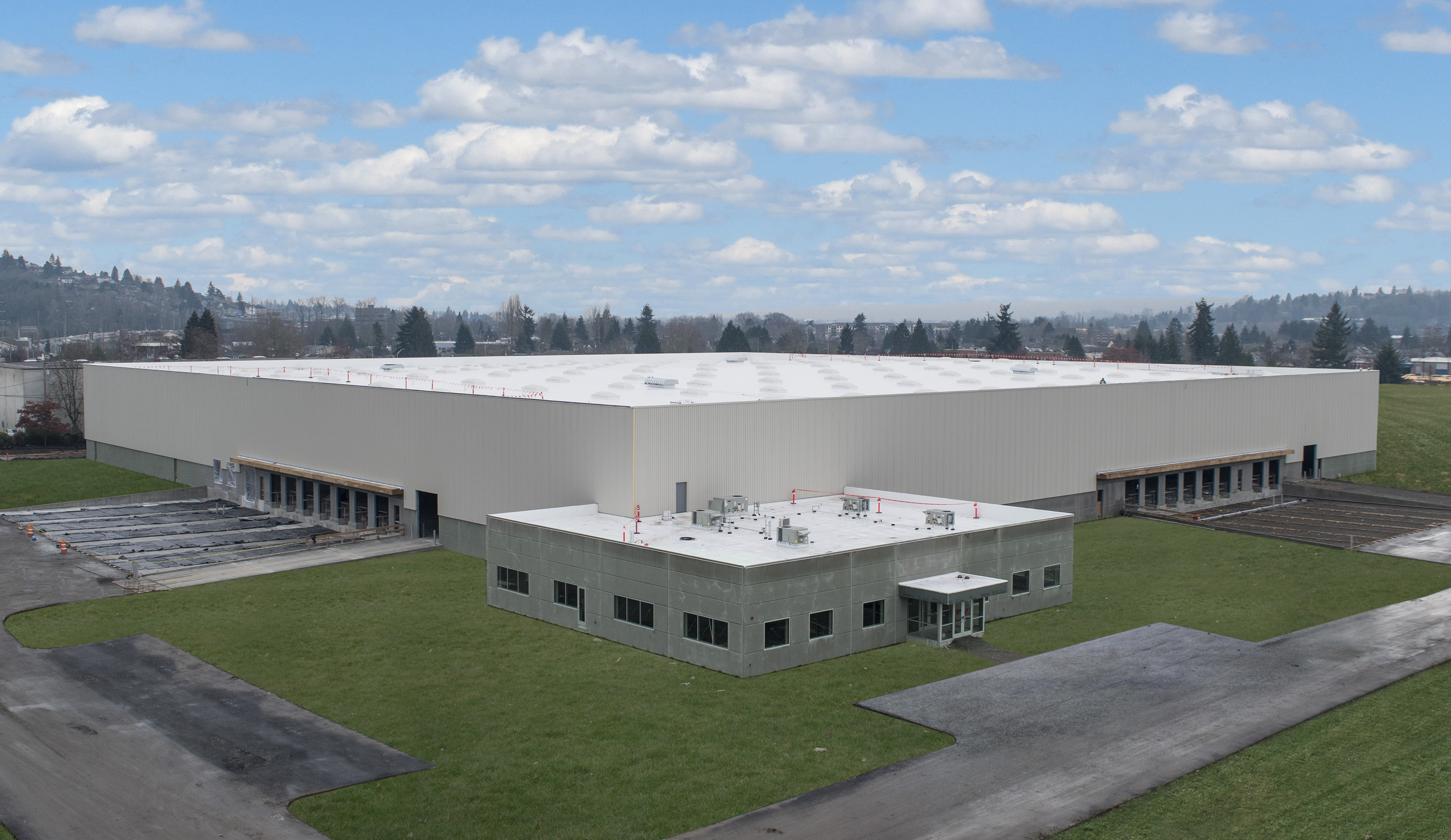