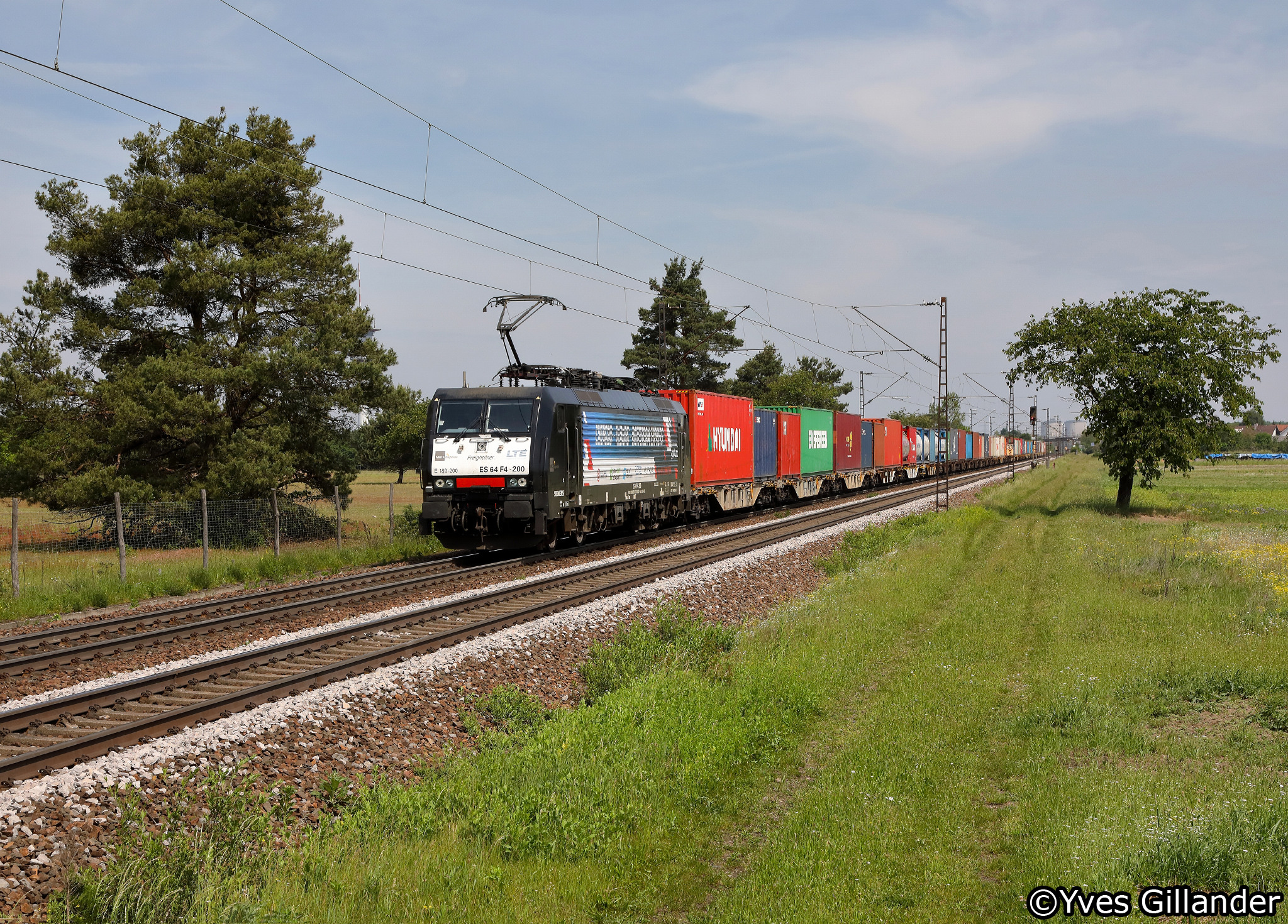 Roland Verbraak from GVT took an impromptu trip to Chengdu and established a rail connection from Chengdu to Tilburg.

More and more goods are being transported from China to Europe by rail. This trend was prompted by an initiative launched towards the end of 2013 by Chinese President Xi Jinping, who sought to promote trade between China and the rest of the world by means of an investment plan that was both bold and costly. The initiative aimed to create an infrastructure that would connect some 68 countries with China. In the Netherlands, between three and five trains now arrive in Tilburg each week from Chengdu in China, with an onward connection to Rotterdam. Trains also run from Chengdu to Nuremberg in Germany and Lodz in Poland. Thetrains cover a distance of more than 11,000 kilometres in 15 days. The journey includes two stops to reload due to the different track widths in China, Russia and Europe.

Three to five trains a week, each loaded with 41 containers, may be justa drop in the ocean compared with the 21,000 containers that a single large container ship can transport to the Port of Rotterdam at once, but it's a start. And perhaps more importantly, the trains are increasingly carrying fuller loads back to China on their return journey, indicating that there are opportunities waiting to be exploited by European businesses.

Many people think that the Belt & Road Initiative (BRI) relates solely to rail connections between China and Europe, but the plan is actually much
more comprehensive than that. The 'Belt' section consists of the six trade corridors between China and the rest of the world. The corridors take in Central Asia, the Mediterranean Sea, the Persian Gulf, Southeast Asia, South Asia and areas around the Indian Ocean. The 'Road' section, somewhat confusingly, includes two sea routes — one to Europe and Africa and one via the Pacific Ocean to other areas.

China's investment totals 900 billion US dollars and is being used to fund the rapid construction of not just rail connections but also roads, ports and communication networks. This construction work is far from being confined to China. Where there are raw materials, the Chinese are sure to follow, and they are also laying pipelines for natural gas, e.g. the pipeline between Central Asia and Xinjiang in western China.

The Chinese initiative has been welcomed in many quarters, especially in Africa and South East Asia. It is hoped that all the new infrastructure will also bring local benefits. In Europe, there has been a positive response to the exposure to China and the BRI from Hungary and Greece and also the Czech Republic and Poland. In contrast, other western European countries and the European Commission are more cautious. Why is China doing this? Not since the Marshall Plan has a single country had a comparable stake in the economy of so many other countries. The Marshall Plan brought a lot of benefits at the time, but there was also a downside — he who pays the piper calls the tune. 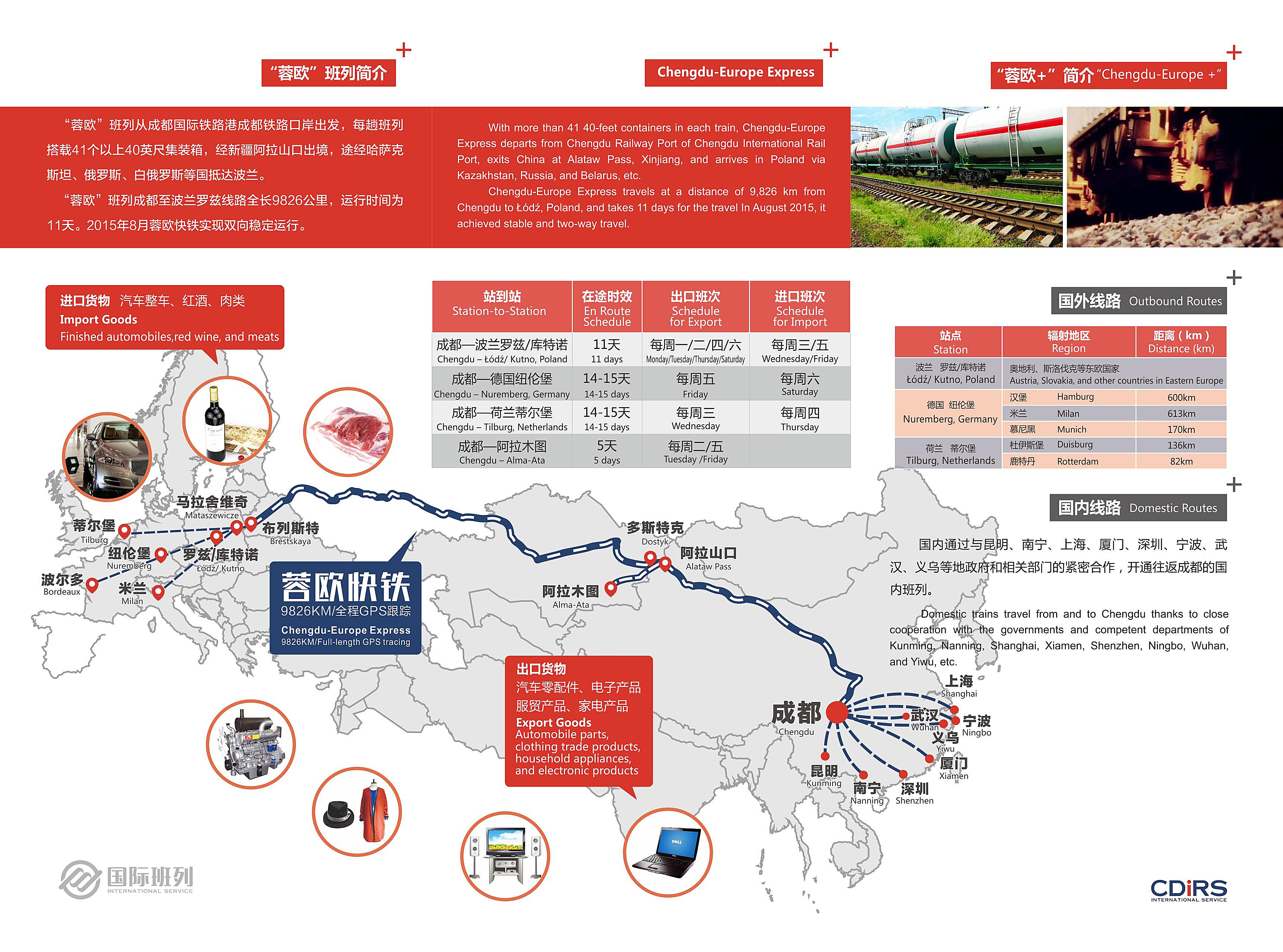 The Chinese dislike this comparison. They point out the huge benefits of increased trade between countries. They hammer home the idea of
increased prosperity for everyone. And history does back up theseclaims. The traditional silk routes undoubtedly brought not only wealth but also intellectual knowledge to all the countries through which they ran. But Europe did not acquire any lasting influence in China at that time, and in the centuries that followed the Chinese remained happily apart.

All that has now changed, and China has become the factory of the world. Much to the annoyance of the Americans, who are also uncomfortable about the country's thirst for knowledge. Europe is also watching the drive to expand with envy. China is active not only in Africa and Asia but also in Europe, where it has a 10% stake in all port activity. It is the outright owner of the Piraeus container terminals where 10% of the Rotterdam volume is handled.

The benefits seem to be in the ascendancy right now. The election of Donald Trump as US President and the Brexit scenario in the UK, have prompted a shift in the geo-economic landscape. Many European companies are benefitting from the BRI. Each train that comes in from China must also return there, and thanks to the fast and relatively cheap rail connection, companies are loading up the trains with luxury products that would take too long to transport by boat and are too expensive to transport by air. There is growing demand for these products in western China, driven by Xi Jinping's attempts to shore up economic development in that part of the country. The east coast is lagging behind due to various unwelcome domestic effects, including the exodus to the west and overpopulation on the east coast.

When the Chinese government wants something, it happens. Industry is developing rapidly in cities such as Chengdu. Manufacturers of premium electronics are relocating there. This has the knock-on effect of boosting the standard of living in the area, which in turn promotes demand for goods from Europe. This is the basis on which the BRI can achieve success in Europe. One company to make this realisation early on was Tilburg based synchromodal logistics provider GVT. Following a visit from a Chinese delegation, one of the company's employees stepped up to the plate and took an impromptu visit to Chengdu. "I wanted to see if we could do business by shipping goods for the Netherlands by train. We had it all sorted out in just two days," said General Manager Roland Verbraak.
"Dell, Hewlett Packard and Apple are based there and have offices in this area, so it was an interesting proposition for them.

The Chinese prefer to work with privately owned partners in the west. We initially negotiated the entire contract ourselves with the local authorities in China, like the mayor of Chengdu. The city has 17 million inhabitants, which is almost as many people as the entire population of the Netherlands. We also spoke with the vice governor of the Sichuan province; trade decisions are made at the top in China."

The westbound GVT Transport & Logistics trains are completely full."We are at 70% capacity on the journey back to Chengdu, and we are increasingly using groupage solutions", says Verbraak. "Russia is something of a problem due to the EU boycott — we can transport meat from South America on the train but not from Europe, or only pork belly. But we also export machinery, luxury cars, hydroculture products, wine and beer and flower bulbs via this route."

GVT is something of a pioneer for BRI in the Netherlands, prompted by the advantageous pricing of train transport. "Air freight costs four times as much and it can still take seven days due to a shortage of capacity. Train transport is not much slower by the time you've factored that in.

It's also important to note that sea freight is not necessarily cheaper per se. The train often comes out on top for freight from here to Chengdu. This is due to the onward transport that must be considered — if the goods arrive by boat in Shanghai, they then need to be transported a further 2,000 km to Chengdu. That is something of a sore point because transport costs in China are really quite high at EUR 1.30/km. I can't quite put my finger on why it costs so much, because China has no regulations on driving times and salaries are lower."

For this reason, GVT plans to set up its own transport business in China in May, in the form of a wholly foreign-owned enterprise. "We believe that
employing Chinese workers who have been trained in the Netherlands can make the difference. That in itself is pioneering, and it remains to be
seen whether our transport expertise can be brought to bear in China."

This is something of a passion project for GVT, which last October opened the Dutch Pavilion in Chengdu. "We work on behalf of European manufacturers to establish whether a product can be imported into China, we make sure all the paperwork is in order and the labelling is correct, and then we present it in what you could call an ongoing exchange. Then there are the Chinese customers who place orders. We take care of the logistics again, helping to ensure that the eastbound trains are full. There are mutual benefits for trade — really it's like the trading posts of centuries ago." 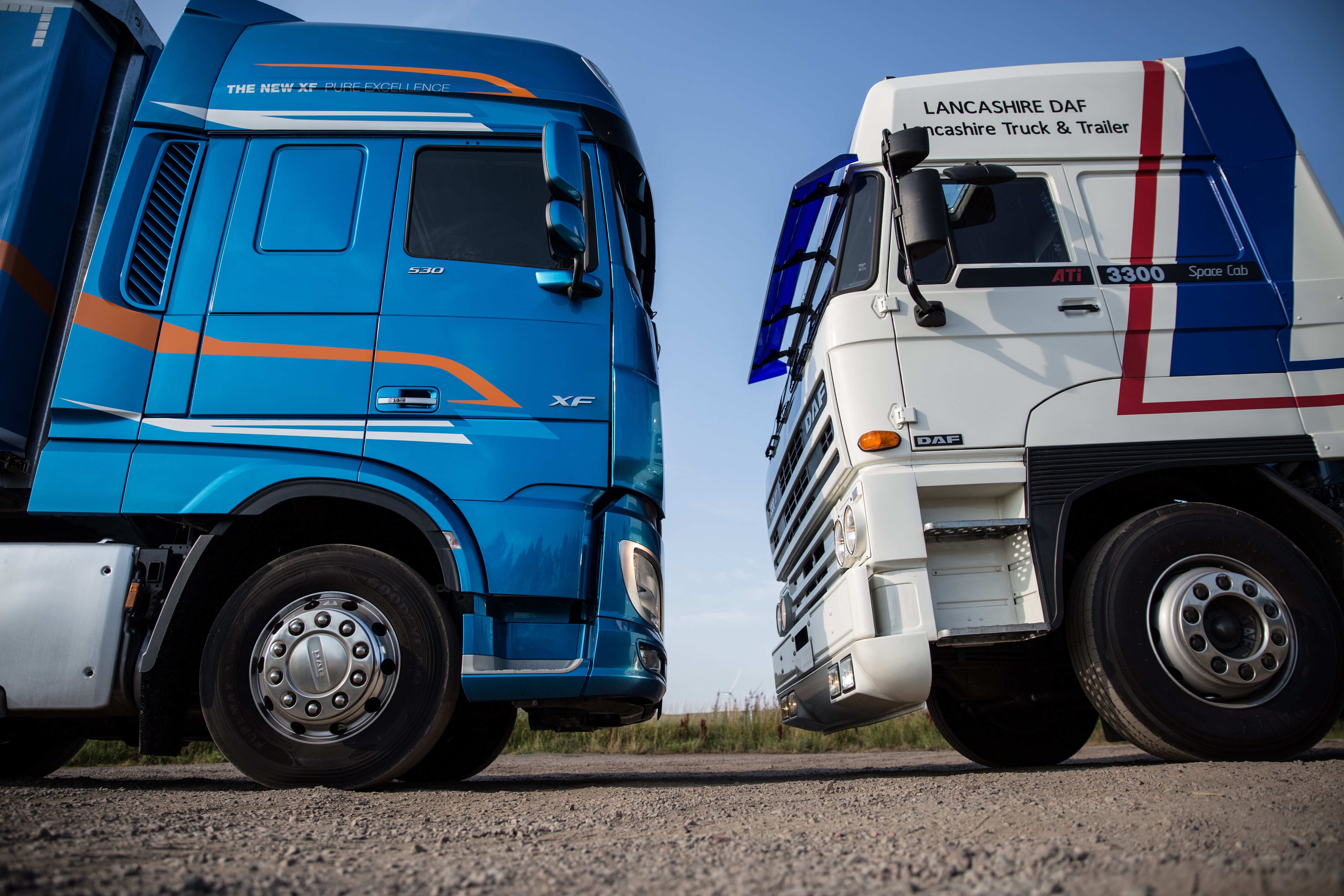 Brian Weatherley compares a DAF 3300 with the New XF. 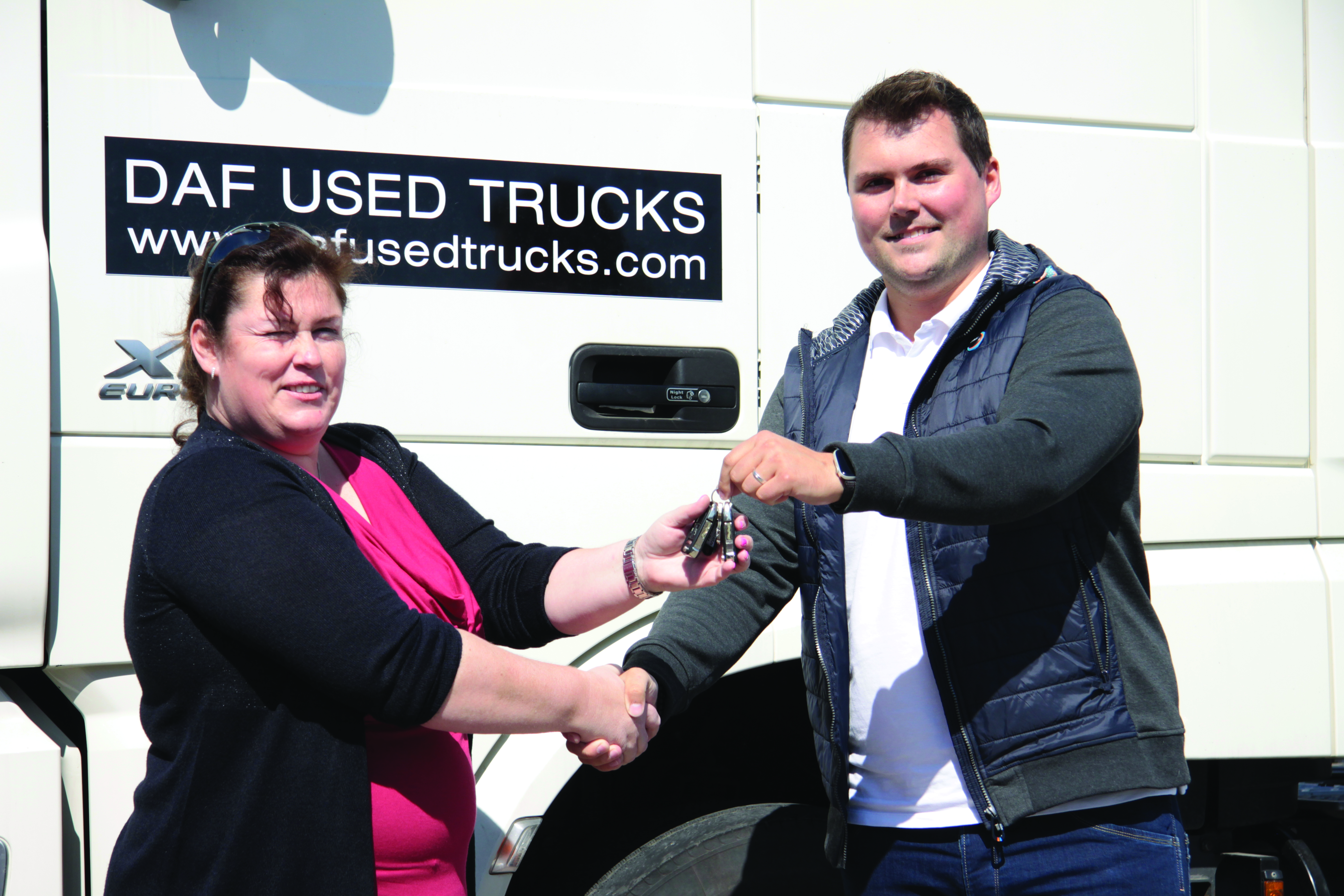 “DAF First choice is our choice”

…says Blanka Kazdová, commercial director of PolyTrans - transport a logistik from Prague in the Czech Republic.

Thomas Beton: As the concrete mixer slowly rotates, we can hear knocking, rattling and bumping.