Ron Armstrong added, “The company opened the PACCAR Innovation Center in Sunnyvale, California in the third quarter. The Center will coordinate next-generation product development and identify emerging technologies that will benefit future vehicle performance. PACCAR is a technology leader in the commercial vehicle industry and is investing in autonomous driving and truck platooning, truck connectivity, and powertrain electrification. The company continues to introduce industry-leading technologies utilizing big data analytics in our aftermarket parts and financial services businesses for our dealers and customers.”

Highlights of PACCAR’s financial results for the third quarter of 2017 include:

Highlights of PACCAR’s financial results for the first nine months of 2017 include:

“Customer demand in Europe has been robust this year due to continued economic growth and the superior operating performance of the new DAF XF, CF and LF trucks,” said Preston Feight, DAF president and PACCAR vice president. “DAF’s Eindhoven, Netherlands factory is producing trucks at record daily build rates.” It is estimated that the European truck industry registrations in the above 16-tonne segment will be in the range of 300,000-310,000 units this year, one of the best markets in history. Registrations are projected to result in another excellent market in 2018 in the range of 280,000-310,000 units.

“The new DAF XF, CF and LF trucks deliver outstanding operating efficiency and can be configured by our customers for a myriad of vocational applications,” said Richard Zink, DAF director of marketing and sales.

Kenworth will collaborate with the PACCAR Technical Center and DAF to launch its U.S. Department of Energy (DOE) SuperTruck II program. The goal of the program is to increase Class 8 vehicle fuel efficiency supporting the achievement of greenhouse gas emissions requirements in 2021, 2024 and 2027. The five-year project will utilize the Kenworth T680 with a 76-inch sleeper and the fuel-efficient PACCAR MX-13 engine. Kenworth’s partners include Eaton, the National Renewable Energy Laboratory, Mississippi State University, and AVL. Mike Dozier, PACCAR vice president and Kenworth general manager commented, “This is an exciting project that will produce excellent benefits for PACCAR customers and the environment by delivering greater fuel efficiency and reduced emissions.”

DAF will participate in a two-year truck platooning trial in the United Kingdom, beginning in the first quarter of 2018. The trial is organized by the United Kingdom Department for Transport to demonstrate that wirelessly-linked truck combinations, or platoons, can deliver improved efficiency to the transportation industry.

PACCAR Parts’ expanding TRP store network provides high quality aftermarket products and services to owners of all makes of light-, medium- and heavy-duty trucks, trailers, buses and engines. TRP stores are strategically located close to customers in order to provide aftermarket products and technical expertise. The first TRP store opened in Poland in 2013, and there are now TRP stores in 28 countries on six continents. “We are pleased to celebrate the opening of PACCAR’s 100th TRP store. PACCAR Parts’ TRP brand increases the aftermarket parts and service business available to our dealers and is supported by our global distribution network,” said David Danforth, PACCAR vice president and PACCAR Parts general manager. “Up to eighty percent of TRP store sales are to truck customers who have not previously purchased from DAF, Peterbilt and Kenworth dealers.”

Capital Investment and Research and Development

PACCAR’s excellent long-term profits, strong balance sheet and intense focus on quality have enabled the company to invest $6.2 billion in new and expanded facilities, innovative products and new technologies during the past decade. Capital investments of $400-$450 million and research and development expenses of $260-$270 million in 2017 are delivering new vehicles and technologies, enhanced manufacturing and parts distribution facilities and innovative aftermarket support programs.

DAF Brasil Honored as Truck Brand of the Year

Fenabrave, the Brasilian national dealer association, honored DAF Brasil in August with the “Truck Brand of the Year” award for the second consecutive year. Fenabrave’s members include dealers of all truck manufacturers competing in the Brasil market. “We are proud to earn this honor again from Fenabrave. DAF Brasil produces industry-leading quality trucks and has an outstanding dealer network,” commented Marco Davila, PACCAR vice president. “We look forward to continued growth in Brasil.”

PACCAR Financial Services (PFS) offers competitive retail financing to Peterbilt, Kenworth and DAF dealers and customers. PFS has a portfolio of 184,000 trucks and trailers, with record total assets of $13.06 billion. PacLease, a major full-service truck leasing company in North America and Europe, with a fleet of 37,000 vehicles, is included in this segment.

“PFS’ portfolio performed well during the third quarter of 2017,” said Bob Bengston, PACCAR senior vice president. “Industry demand for used trucks in the U.S. increased in the third quarter compared to the second quarter of this year. Kenworth and Peterbilt truck resale values continue to command a 10-20 percent premium over competitors’ trucks.”

PACCAR will hold a conference call with securities analysts to discuss third quarter earnings on October 24, 2017, at 9:00 a.m. Pacific time. Interested parties may listen to the call by selecting “Q3 Earnings Webcast” at PACCAR’s homepage. The Webcast will be available on a recorded basis through October 31, 2017. PACCAR shares are listed on the NASDAQ Global Select Market, symbol PCAR. Its homepage is www.paccar.com. 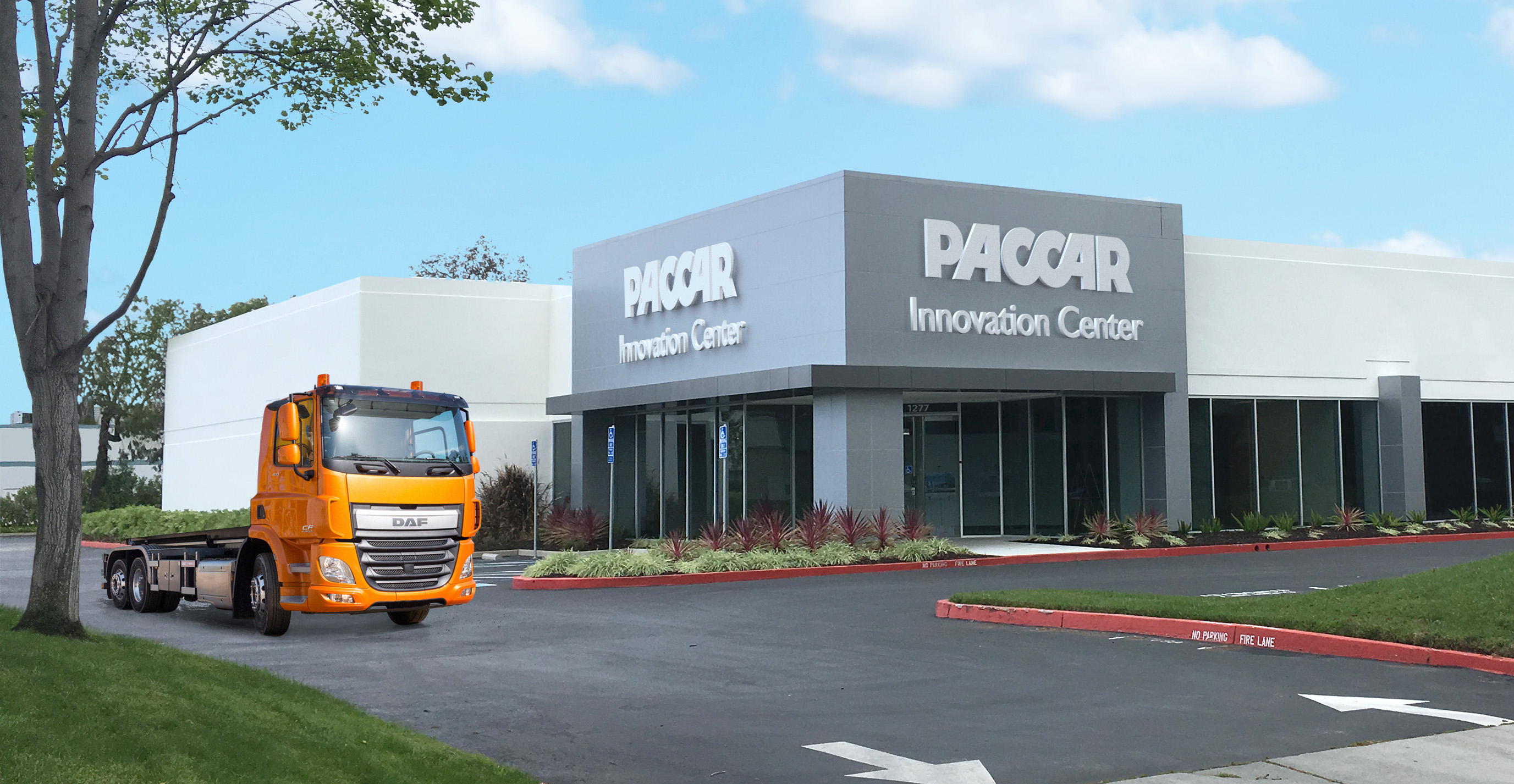