“I have a DAF heart”

Earlier this year DAF introduced the XF Super Space Cab Celebration Edition. With this luxury version of the largest and most comfortable cabin on the market, DAF celebrated the production of its 250,000th Super Space Cab. To mark this special occasion, a campaign was launched on Facebook to find the best-looking Super Space Cab out on the road.

There were hundreds of entries from drivers who believed their Super Space Cab was the best-looking one around. Eventually, seventeen finalists were chosen and the public got to vote for their favourite. The XF105 driven by Yvonne Roos received the most likes – almost 300. She recently came to DAF in Eindhoven to pick up her prize: a miniature model of her own truck.

Yvonne has been a truck driver for fourteen years and her own boss for the last two. She drives five days a week for a number of clients, both domestically and internationally. “I started when I was eighteen and was already driving internationally one year later,” she explains. “I knew from a very young age that I wanted to be a truck driver.”

When Yvonne was still working for a boss she drove in different truck brands, which gave her the opportunity to compare them. And so when she started out on her own two years ago the choice was an easy one: her own truck had to be a DAF. “I bought a five-and-a half-year-old XF105,” she says. “It has 800,000 kilometres on the clock now, but is still running superbly.”

To be fair, Yvonne didn’t have to do all that much to get her truck looking so good, which she readily admits herself: “It was the same colour when I bought it, all I really did was add the orange accents.” So how does she feel about winning? “It’s great, of course, a real honour. Although I purposely avoided following the campaign on Facebook because it made me too nervous,” she laughs.

And then the critical question: why choose a DAF? “Most trucks are very similar to each other,” she replies. “But a DAF distinguishes itself from the rest. And just as important: my DAF is comfortable and very spacious, which is very important when you’re out on the road five days a week. At DAF you know what drivers want. I really have a DAF heart!” 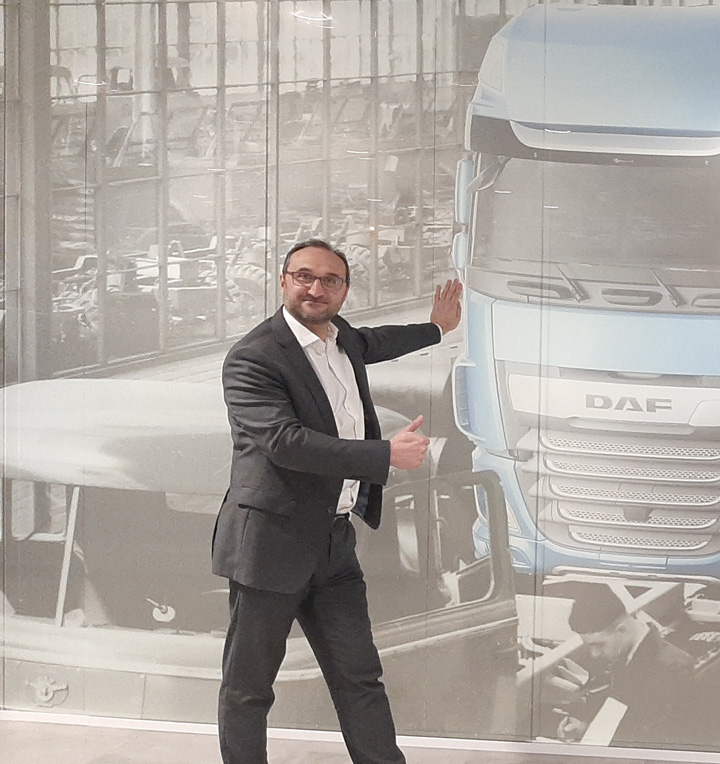